I could've sworn I saw someone (Dave Mingori?) posted one of these already but I can't find it. So anyway: 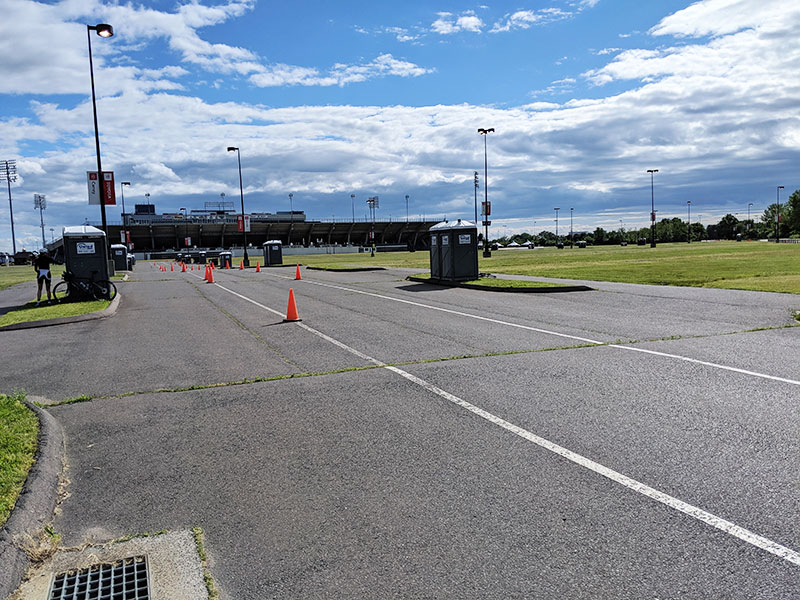 The course was 3/4 wide-open four lane boulevard, 1/4 two-up bike path. In this sense it does remind you of those classics where the peloton is flying along at 40km/h through a tiny wooded path in the cobbles. But to get on the bike path, you go down a long open straight, then through a chicane, then the bike path, then immediately a hard 90deg turn. The race organizers wisely put the chicane right before it to prevent dive-bombing I assume, and I am happy to report that nobody in my group crashed on this. 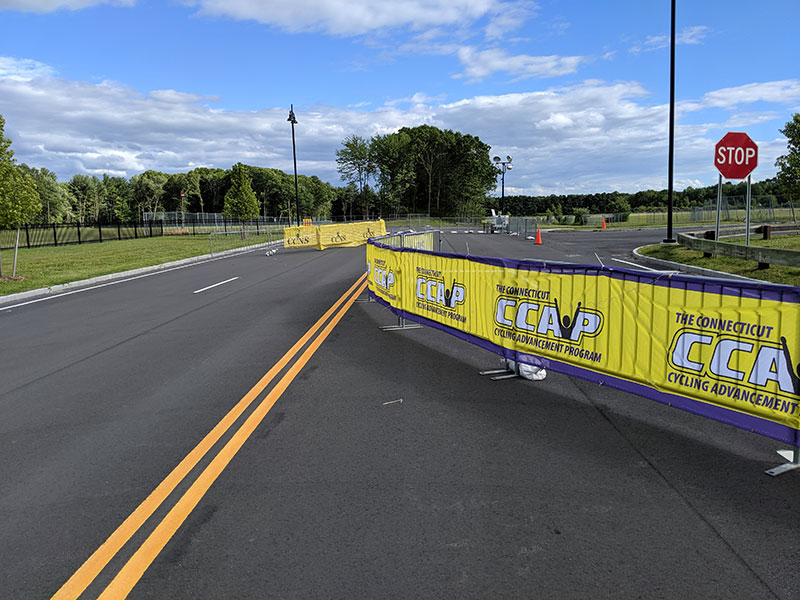 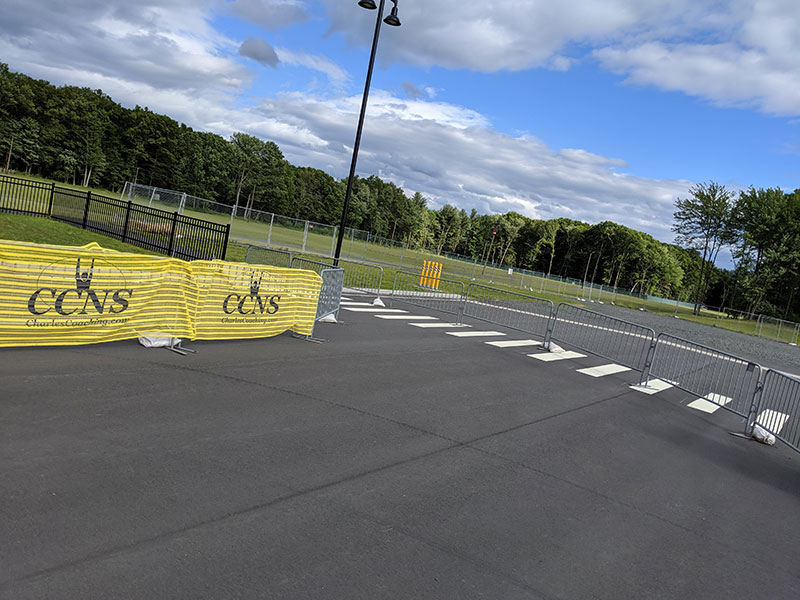 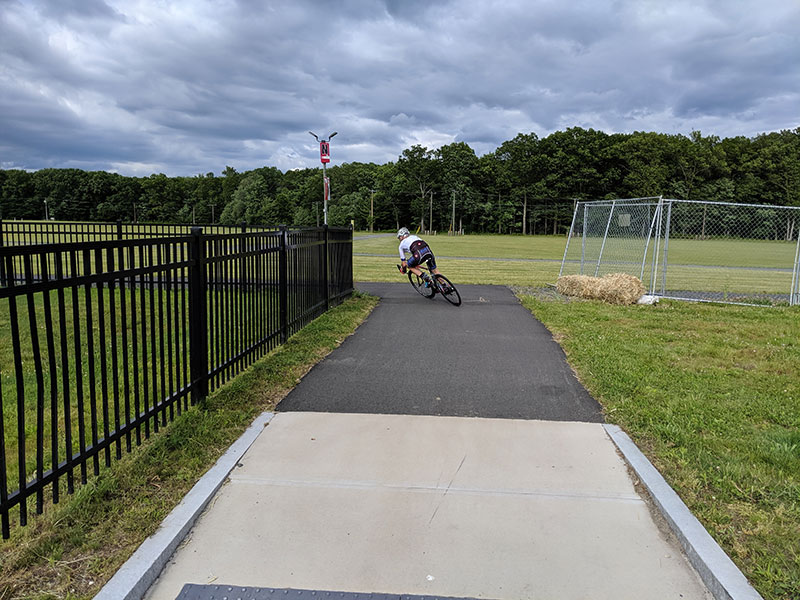 Drake D was the talk of the town since he seems to always ride off the front and solo away at goku power levels (or whoever I never watched that show). Our plan was to prevent this, we talked to other teams, and their plan was to prevent this. Teams Against Drake D (TADD) was temporarily formed. Besides Drake, the field looked strong with Dave from GLV, Mark from Downeast and our own Gibba. From MRC there was myself, Jason Tinkov and Brian M.

Since everyone has the same plan the first twenty minutes or so consist of rolling along nervously and not chasing anything but this one dude, who also does some generous pulls so the pace stays high. He has a habit of just powering off the front and more or less forcing selections by himself, and I do too much work closing gaps up to that front group. Chris is also up front doing much better position-wise than I am, although he seems less fatigued by it. Around 25 min or so in Mark C goes solo off the front and stays there for a couple laps, but Drake is still taking pulls so he never gets very far away.

Then the attack we've all been waiting for comes, down the hotdog straight, through the u-turn, back up the bike path. There's the other downeast guy covering it, he gets shelled, a few other people try, it's a major effort just to sit in the wheels. I follow Dave S up to within about 30 meters of Drake who has caught and passed Mark. Dave wants me to pull through, and I'm gassed and shake my head. "I got you up here", Dave correctly points out, but I'm pulling into a headwind now and not closing things much so Dave takes the opportunity sprint around me along with Mark, who has evidently recovered slightly.

This is The Break, so I make a last effort to get up there, then turn my head praying for someone to pull through. Unfortunately all I can see is Steve C, also from GLV, doing a commendable bit of teamwork and since no help is coming I think fuck it and sit up. The break of three is out of there in short order. Although literally everyone thinks they could have gone just that little bit harder at literally every opportunity they miss, I have w'bal charts.

The lesson here is that I should just start racing like I'm riding a BT. Anyway, after the break's gone the last half of the race is much more tranquil. The pack was split earlier and never fully rejoins, Chris beasts Steve C for the 'field' sprint and I come in behind the two of them for 6th.
Top

that's all one u-turn, turn 3 is the black fence on the left in the first turn pic
Top
Post Reply
3 posts • Page 1 of 1