Stage 1 - all late wave fields stopped with ~8K to go due to a house fire with fire trucks in the road. No vehicles could get thru so no more racing. No idea how it will sort out.

You can't make this stuff up. Unbelieveable.
Top

And on further update, within the appropriate groups the order of finish appears simply based on bib number, which makes sense since there was no way to determine who came in where.
Dave Mingori
Top

Stage 2 (road race with finish at Killington base lodge).
Only 18 start today for the 45+, but no less quality. Right at the start (as in before we even make the turn out of staging) someone flats. So our 1K neutral becomes comically slow and longer to allow him back on. Then nobody's sure if we're racing or not and pace dawdles until the first climb. After that, it's good and steady until just before the sprint when everyone bunches up. The only excitement before that was the deer that ran across the road in between the pace car and the peloton! Thankfully it was on a false flat stretch and not a mile or so before when we woulda been going 40.

Turn onto North Rd and things go ballistic. A new 5 min power max and I'm dangling behind a group of 5 (which includes Miles Billings and Bart Lipinski and special guest from Utah, Rees' dad Curtis Madsen). Thankfully a couple get on with me and we start working. Couple more but then they start falling off. In no man's land. Almost lost it, but then Andrew Tine and Thomas Biederer get with me (they'll come in play again later..) and we catch the 5 and the selection is made. I actually begin to recover over the North Rd KOM and into the feed zone and we get a good rotation going.

Right turn onto Prosper Rd which is nice and soft this year (read, power sapping) from overnight rains. The road narrows and we all begin taking it safe and I float to the back of the 8 (mistake). Then Lipinski decides to attack the descent. Right turn onto Rt.4 and Miles attacks to go after Bart and 3 others follow and friggin' begin rotating, leaving Biederer, Tine and I with an increasing gap and into a brutal headwind. Andrew and I start swapping BIG pulls and talking up Thomas. Another huge 5-6 min effort and we make it back on. Time to sit in for a bit.

Fast forward into the horrible headwind and as we approach the TT start area I need to skip a few rotations. Left turn onto the climb and away goes Miles to a solo, 90sec win. Initially I'm able to hang with a group of 3 but then the cramps begin coming and I need to manage. Able to hold high tempo, but anytime I begin putting in threshold (let alone VO2) efforts the muscles tighten. So I solo to the finish, coming in 7th but I ceded over 2 minutes to 5th and 6th so realistically not moving up in the TT. But I have a good gap on 8th and up.
Dave Mingori
Top

Today was hard but super fun. First 20+ miles were pretty chill -- highlighted by my first ever successful in-race pee off the bike (you'll get it someday Peter) -- and then it blew up on North Rd. First couple of minutes were hard and then two guys attacked (Sandbagger 1 and Sandbagger 2) on the steep parts. I moved up and there was maybe 10 guys left. Then one by one they slipped out the back until it was just me, SB1, SB2, and one other guy -- maybe 5 minutes into the climb. 12 minutes more to the top, no sight of the chase so we just kept going. We dropped the fourth guy on the dirt climb. When we got to Rt 4, we had 2:30 on the chase and decided to just keep going. We had a headwind all the way up Rt 4 and just worked together. We hit the climb and stayed together for about a mile but then SB2 started to get a gap. He got 20 seconds and then SB1 started TTing across to him. I just kept my pace up and tried to limit the losses. Ended up in third about a minute down on SB1 and 2. And about 1:45 up on 4th.
Top

SB3 is going to be SBOTY
Top

Not a lot to report here, except it was evidently a good day for breaks. Paul got in one which looked like the one to be in but there turned out to be another one up the road. Plus another one or two that I lost track of. The group mostly did a lot of surging and held a steady tempo up the climb. Lap one there was some smoke off the side of the road before the sprint, Lap two there was a large black billowing cloud, Lap three the race was cancelled. Someone's house burned down so we stood on the road and made a lot of dumb jokes about upgrades and then cruised on by.

There's no question that every race benefits from conspiracy theories. Did anyone see any french canadians in the break? I didn't. I saw some in the pack, but not all of them. Where were they? Photos can be doctored. Can you fit a lighter in a skinsuit pocket? Do they have lighters in Canada?

Also I peed, so take that AJ. Not a lot, but it's not the volume that matters anyway.

Had a good conversation with Billy on the start line about the most craps ever taken before a race. He was all proud that he'd done two. Hah. Buddy. This was like when you're boasting about how you love doing murders but it turns out you're talking to the zodiac killer. Whenever a race starts by talking about bodily emissions with Billy that's how I know it's gonna be great. The race official tells us do NOT screw up and take the wrong turn where the P1/2 field goes because the marshal probably won't know. We roll out and a break went over the first climb which I didn't notice because I love spending hours trying to find out if there's a break and who's in it.

We hit the 25mi climb and I'm hanging in there with the leaders, doing great!! Then they keep doing whatever w/kg they were doing on the wall after the wall and I get dropped. Derin's up there so that's nice. Chris and Paul and I aren't. I've dropped Billy, haha later buddy. Billy easily makes the catch three minutes later. Fortunately all the strong less climby riders are in the same boat, and we toil our way back to the front group, who don't seem really inclined to drive a hard pace when the road flattens.

We're almost there when I absolutely do the thing that we were explicitly warned not to do and take the wrong turn and get gapped again so I have to chase back. This sucks. Eventually I'm back in the lead group which is about 20-ish guys and grows to maybe 30 by the time we hit the final climb.

I want to take a moment to show some appreciation for Derin. Sure, he may be a teen (this is nothing personal, all teens can be teens sometimes, that's why they're not allowed in bars), but relative to the juniors in that selection he is a restrained statesman. He is Rodin in a singer sargent portrait. Washington crossing the potomac. There was enough hooting and crowing in that group that my training stress doubled. You would ASSUME when someone is shouting loudly at everyone it's something important, or interesting, or in english. You would be wrong! Some of these juniors KNOW how to climb and they KNOW how to do unnecessarily aggressive positioning moves but they DO NOT know how to Shut The Hell Up. They DO NOT KNOW. Let me die in peace. 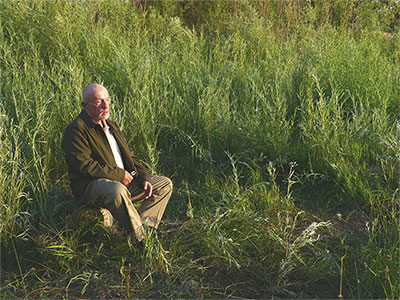 So we trundled on to the final climb. Jaymz Lipinksi chucked a bottle in someone's yard. Billy did some nice long pulls. I did a single pull and told Derin to not do any pulls. This was my contribution to the team's success.

I chugged a Hot Shot before the climb. This is a thing that's supposed to keep you from having cramps, which is good because for me, cramps are a passion. Apparently it can't do this without feeling like you ate a habanero. Have you ever wanted MORE pain? Have you thought that in addition to physical and mental exhaustion you'd ALSO like some pain in the mouth?

Then we hit the climb! 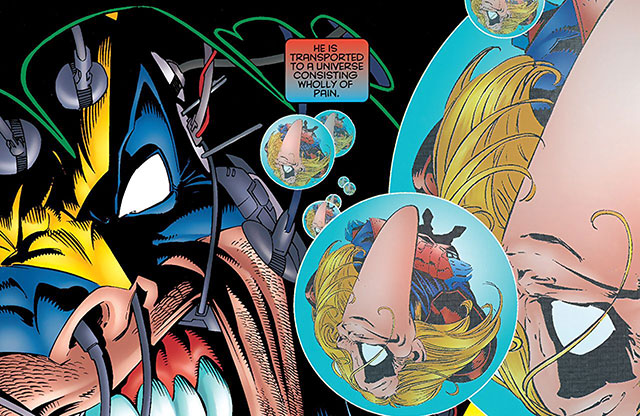 On the steep part of the climb I ditch everyone and sail away, except for the people ahead of me. Sam Fritschel dumps out a time for the first two miles that's 4 seconds slower than the rally UHC pro guy. Then goes 40s slower for the full 5.6mi climb. I am... five minutes slower. You could watch Sam finish, listen to the entire extended club mix of Call Me Maybe, and I would just be gurning my way over the line.

Anyway, I leave Billy in the dust, sayonara Billy. Billy almost immediately catches up and passes me again. I did the same thing that Tom Dumoulin and Chris Froome do and "rode within my limits", just "spinning away" but while their limits have the energy of an idiot on social media my limits are a combination of piglet and eeyore. "We" (mostly other people, I'm wheelsucking for dear life) form a group of five or six and "power" (Billy powers) across the flat rolly section then it's time for the final kick! One guy takes off, we all take off, I cramp, I sit back down. I do the thing where you use your arm to push down your thigh and ride the last hundred meters like this. The last guy keeps looking back at me like maybe I'm not actually racing. Truly a moment of honor and glory.

On the third day, there was a time trial.
Top

Awesome report Peter. I REALLY was hoping for a TT race report because you might be the only person I know who could make that be interesting to read
Top
Post Reply
11 posts • Page 1 of 1